Mylène Paquette is a Montrealer in the thirties. She worked with sick children at the Sainte-Justine Hospital for more than nine years. After discovering navigation, Mylène decided to become a sailor and soon discovered the international discipline of ocean rowing. Mylène immediately fell in love with this unique, innovative sport. In 2009, Mylène went to train in England and took a course of sailing and in emergency survival at sea. After that, she perfected her navigation training at the École de Navigation de la Société de sauvetage du Québec.

Mylene chose to take action after a life-changing conversation with a seriously ill child. Not later, she decide to become the first person from the American continent to row solo across the North Atlantic. She accomplish this dream in 2013.

Back on land, Mylène continues to work as a speaker in both corporate and academic worlds. In November 2014, she release her first book “Dépasser l'horizon”, published by Les Éditions La Presse.

Named Personality of the Year by La Presse/Radio-Canada in 2013, she is also spokesman for Charles-Bruneau Circuit-bleu since May 2014. She has been speaking, training and sailing since returning to the mainland, and she is passionate about sharing both her experiences of rowing solo across the North Atlantic and her concern for the environment. Mylène is a member of The Climate Reality Leadership Corps.

In 2014, Mylène received the Nature Inspiration Award from The Canadian Museum of Nature. In 2015, she received the Medal of Honour from the National Assembly as well as the Meritorious Service Cross from the Governor General of Canada. 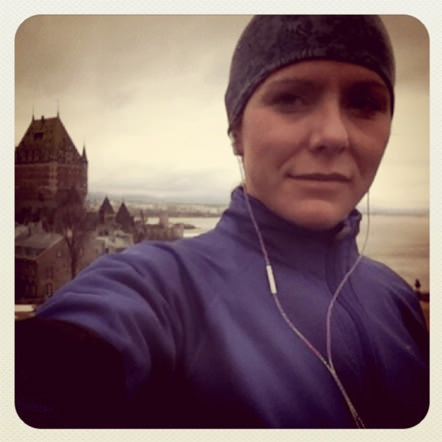 In November 2013 Mylène Paquette, a modern-day heroine, put her name up beside the legendary men and women who have pushed themselves beyond their limits to accomplish the unimaginable. A 129-day solo crossing of the North Atlantic Ocean, rowing alone on a vast sea that many a sailor dreads. She was the first person from the Americas to accomplish this feat!